Day in the Life: Dan 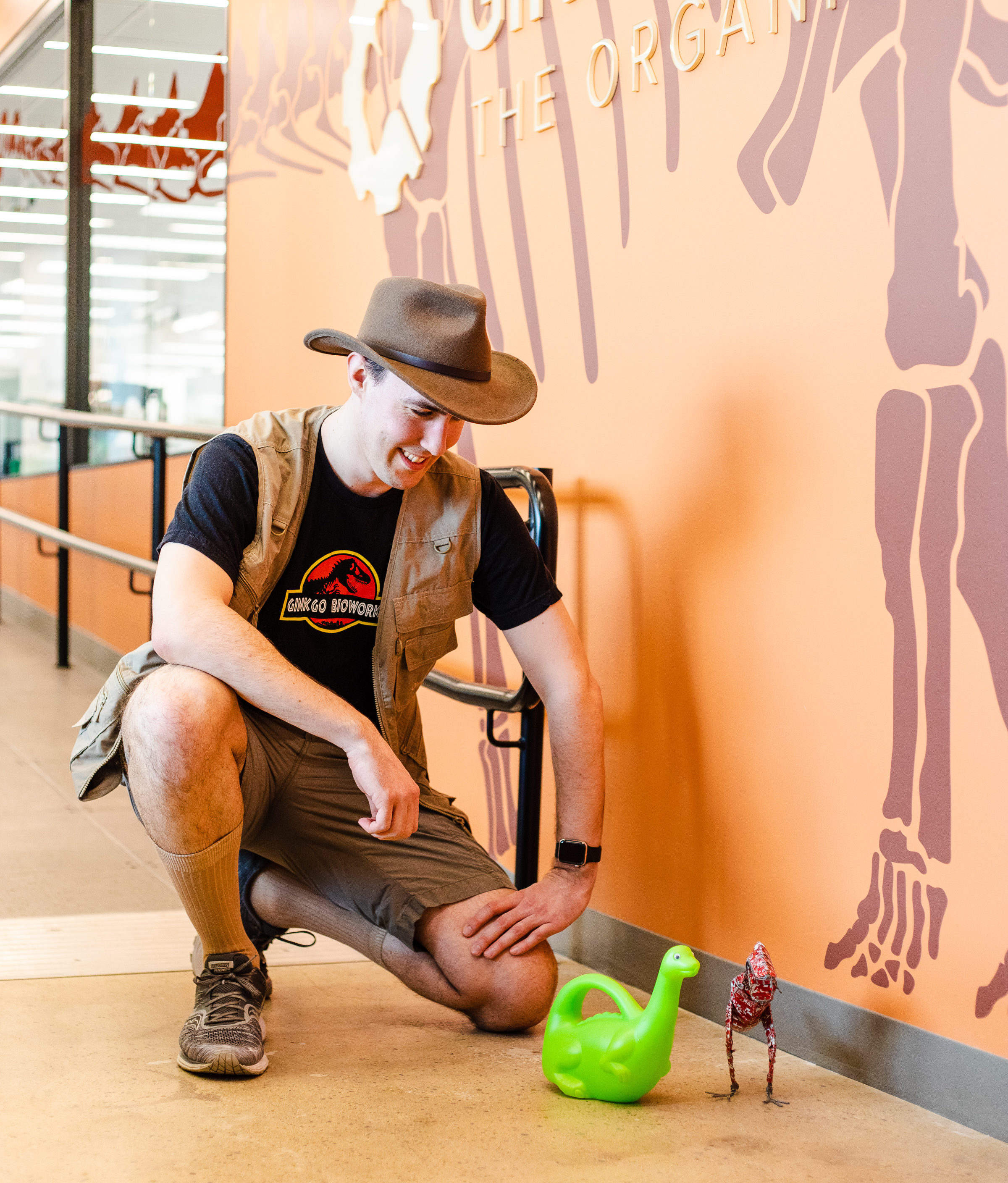 Tell us a little more about your background and what brought you to Ginkgo:

I was a chemistry and biology major in college – but I ended up taking some computer science classes my sophomore year because they counted toward my major. Those ended up being my favorite classes, and I soon figured out I liked coding more than I liked being in the lab, so I went on to minor in computer science. After graduation I was looking for jobs that could combine biology and computer science. Someone in my lab had met one of Ginkgo’s founders (Jason) and connected us, and I’ve been at Ginkgo ever since.

I’ve actually been at Ginkgo longer than anyone besides the founders; they gave me the chance to develop my skills, and believed in me from the start so I could really hit the ground running and apply my biology knowledge to work on some pretty fascinating problems.

What’s your high-level impact at Ginkgo?

It has changed a lot over the years but in short: to make biology easy to engineer, you have to be able to create repeatable engineering experiments. That requires scaling up beyond what you could normally do with just a person working on their own. So I work with our sample tracking system to track what happens in the lab and enable robotic automation and automated data analysis. That process gives our organism engineers superpowers: they can do 1,000 times as many experiments as they would with manual processes. I bike into work, and my first task is to sit down in our design studio and code for a few hours. After lunch I’ll have planning meetings or one-on-one check-ins with team members to make sure they’re making progress, have a good idea of what they should be doing and how to do it, and most importantly that they’re happy. We’ll cover things like backlogs and priorities so we can figure out how long various projects will take and commit to getting features rolled out in a timely manner.

Right now my team is creating a link between our sample tracking software and a new automation software, so that we can capture what’s happening on our robotic platforms and not have to manually enter all that information. We’re also building the front end to allow users to specify what their experiments are and then run them on our robotic automation platform. What’s the most unique part of your day-to-day?

Aside from the software developer side of things, I’m the “Chief Whimsy Officer” at Ginkgo. The role is really about ensuring that we’re having fun while we tackle some really important problems. Creating a culture of whimsy lets people be comfortable coming to work as themselves,  and encourages a happy and safe environment. If people are engaged in their work and feel they can express themselves, they will be better at their jobs and be more productive. It’s just common sense: if somebody is miserable they’ll do the bare minimum. But if you know your day is going to be fun, you’re going to want to show up and do your best work.

I help make sure we’re doing silly things like holding “whimsy office hours” where we can play VR games and make new Slack emoji.  I try to allocate some time out of every week for things like this, because it’s a big part of Ginkgo’s culture to be silly and whimsical. My dream is to run a model train between the foundries to deliver plates of samples around. It’s a system we do need, but I like the idea of bringing in a whimsical touch. Again, being a software developer at a biology company seems pretty unique. How would you explain your job to other developers?

We’re still serious engineers. Ginkgo is using a lot of cutting-edge developer tools, like React and GraphQL and our developers write Ruby, Javascript and Python. Our software stack has grown tremendously because all our developers are encouraged to evaluate new tech and bring it on board.

At the same time, it’s unique because we’re working on some really powerful science, doing things that have never been done before, and being a part of that is incredible. At Ginkgo, you’re working on something that’s going to change the world, which is more interesting than programming for adtech or changing Google’s search algorithm to be slightly faster. Those things are important, but can’t compare to terraforming Mars with synthetic biology or bringing back the scent of an extinct flower. There’s nowhere else in the world where things like this  are happening on a daily basis, and knowing Ginkgo’s incredible work is propelled by the software I wrote is the greatest part of my job.