Day in the Life: Emily

Today we’re introducing a new series that will help you get to know our Ginkgo employees a little better, and share more information on what happens behind the scenes in our foundries and beyond. First up, we’re going “behind the biotech” with Emily Greenhagen, our Head of Deployment.

How did you get involved in your industry? Tell us a little bit about your background and the path that brought you to Ginkgo.

I earned my bachelor’s degree in biology from MIT. As an undergrad, I worked on cancer research and while it was really interesting, over time I realized that even though I’m trained as a scientist, I’m more motivated by applying the research. I want to make an impact on the world in my lifetime. That led me to a job as an organism engineer at Microbia, where I was then able to learn how to validate strain performance in a bioreactor. Learning fermentation changed by entire vision: I felt like it was my calling!

I love fermentation – it’s at the crossroads of science and engineering: you need to understand both the microbial physiology and the physical nature of the environment – the heat transfer, the mass transfer. That was really exciting. I was working in an area that combines two areas I really love, and working on a process that produced something really impactful in a renewable way. As I learned more about the industry, I realized how many products in our everyday lives are produced from fermentation as a manufacturing process – it blew my mind. And helped me realize the impact I could have with this technology.

I’ve been at Ginkgo for about three years. We’re developing interesting products, but more importantly, we’re perfecting this high-throughput automated technology that will enable us to more efficiently and effectively solve the world’s problems…while doing a bunch of fun stuff in the meantime! If we’re doing it right, we’re building a system that will be hugely impactful. Tell us a little about your role –  what’s the high-level impact you have on Ginkgo?

Three years ago Ginkgo was “the organism company,” and I was brought on to build out the fermentation team so that we could also provide our customers with industrially relevant fermentation processes for the organisms we were engineering. My first project was our first commercial product with Robertet.

Now we have an amazing lab-scale setup that I’m really proud of, an awesome team, and about 15 projects being actively worked on by the fermentation team– it’s a team that’s really scaled with Ginkgo.  The success of projects we worked on in fermentation meant that I got a crash course in everything from regulatory to safety and supply chain management.

As we moved our first product toward commercial scale, it became evident that it would benefit Ginkgo and our customers if we had the internal capability to also manage commercial production when that option makes sense for Ginkgo and our customers. So, last summer I transitioned from fermentation to deployment. In the foundry, we have awesome tools that take care of R&D, but once you have your strain and fermentation process developed, there are a lot of tools we need to take that to a contract manufacturer, ensure we can scale it up, meet our cost goals and product spec, etc. So deployment is where we break away from the foundry model and make it commercializable. 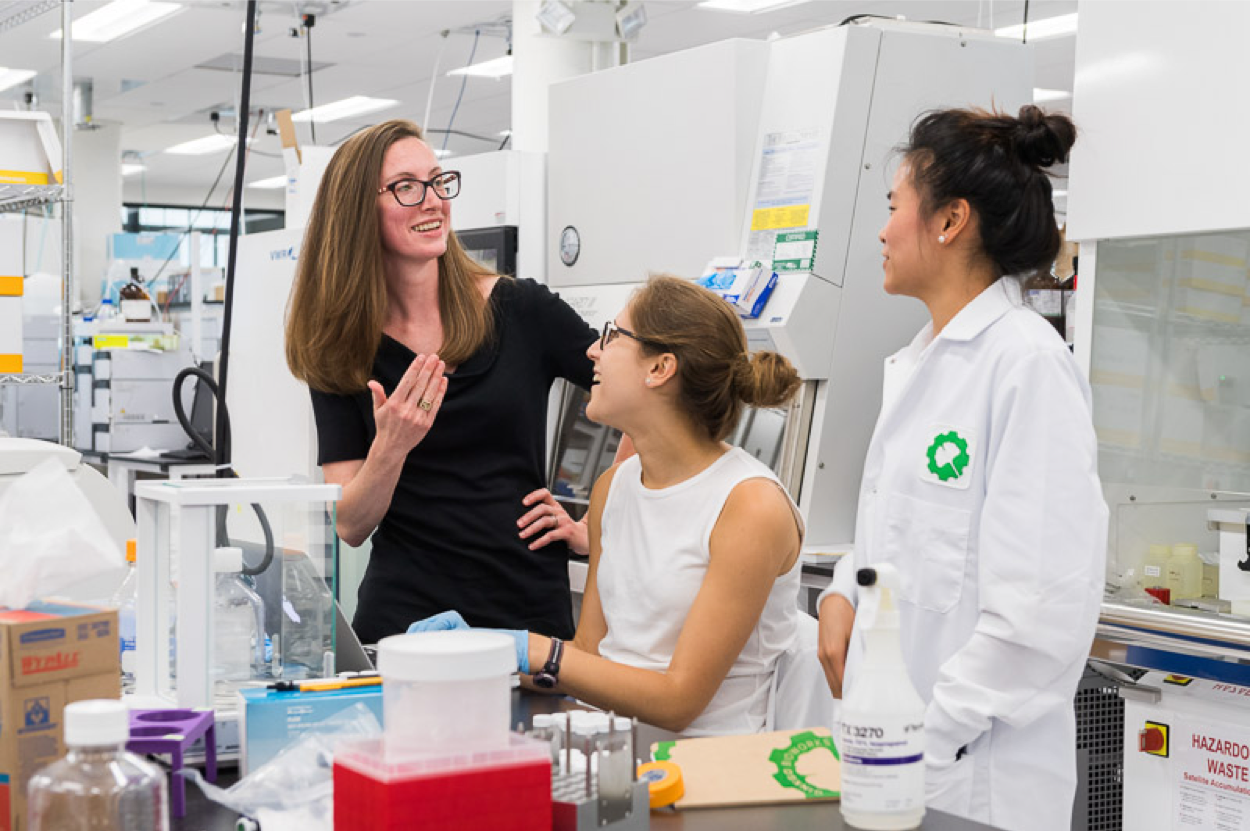 Before I came to Ginkgo I didn’t think fermentation could be done in high throughput. But now we’ve validated some really amazing technology that can increase the throughput of each fermentation engineer four to six times. Based on our success in fermentation, I’m optimistic we can also find ways to carry some of the foundry efficiencies downstream into the deployment functions, too.

Walk us through a typical day in the lab/your role

A lot of meetings! Right now, I’m working with a contract manufacturer to install additional downstream capacity. We are able to run 50,000 liter fermentations and purify crude product, but don’t currently have the capacity installed to purify the final product. So I spent today discussing the capital installation at our contract manufacturer, reviewing timelines, managing resources, and then had lunch with one of my best friends who also happens to work at Ginkgo! Then I worked on performance reviews, met with some other project leads, and had a meeting about shipping safety requirements. What’s the most exciting thing Ginkgo is doing?

I have kids, so I think about how I can contribute to making the world a better place for them and future generations. I’d love to make products that are renewable, sustainable, and biodegradable.

I get really excited about Ginkgo in general. We’re taking things to the next level! This technology — biology — can provide so much more for humanity than we currently utilize. Joyn Bio is Ginkgo’s first major venture that could impact our use of fossil fuels and overall health of the plant. I’m not directly involved in Joyn, but it’s a huge dream and if anyone is going to deliver on it, we have the best chance of success. I get goosebumps just thinking about it.